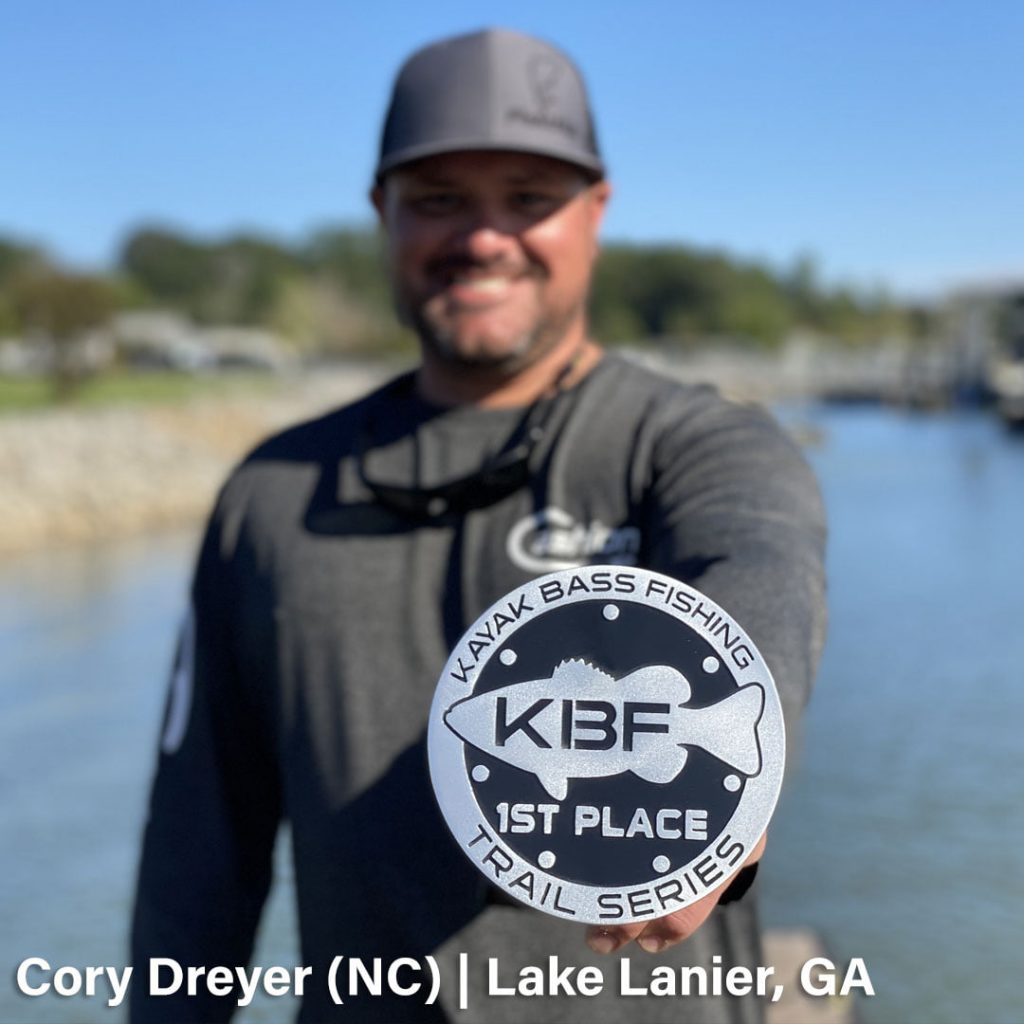 2020 was a chaotic but busy year for the sport of kayak fishing, as one crisis after another forced anglers, tournament directors and trails to innovate, adapt and evolve. In the end, CKA anglers were widely represented ambassadors of the sport on the regional and national stages, overcoming both competition and crisis. As in previous years, CKA anglers reminded the world that North Carolina remains a hotbed for elite kayak bass fishing talent. And for the first time, CKA anglers had the KBF Mid-Atlantic Region bringing large Trail events closer to home.

This page recognizes their hard work and celebrates their achievements. Before proceeding, CKA staff thanks everyone who represented North Carolina in these events. It was a great year for CKA anglers on the national competition circuit and it was fun to follow events and see the results.

Where the National Championship (see section 3 below) is currently the largest kayak fishing tournament event in the world, KBF Trail events are large regional events where anglers must travel, compete on large lakes and earn AOY points.

CKA anglers represented North Carolina at a high level in 2020 Trail events in the Mid Atlantic region and beyond. Three of our anglers won 1st place titles, other anglers placed in the money and several friends who regularly fish CKA also performed at a high level (particularly, Jody Queen). Additionally, Adam Petrone, an angler who started tournament fishing in CKA, won the Southwest KBF Trail AOY title. This section lists the most notable results of the season.

The best KBF Trail finishes by CKA anglers were as follows:

Additionally, the KBF Trail Series Championship was held alongside the KBF National Championship at Guntersville Lake this year. In it, Cory Dreyer led the field after day 1, and finished 2nd overall.

Honorable mention to Adam Petrone, who fished with CKA in 2019 prior to moving to the South-Central region, where he won the Trail RAOY title in 2020.

Kayak Bass Fishing holds two categories of “Challenge” events every season. First, there are the popular KBF Monthly Challenges, which are organized by state. Second, there are the “Special Challenges” that generally run Friday – Sunday and are regional events. These are divided into Night Fishing Events (“One Night Stands”) and Special Challenges that mark important calendar dates like Father’s Day, etc.

KBF held roughly 15 Special Challenges in 2019, and the best finishes by CKA anglers were as follows:

Finally, several CKA anglers competed in the Challenge Series Championship at Guntersville Lake on Oct.7th and 8th, 2020. The top 3 finishers in a field of 228 anglers were:

The 2020 KBF National Championship was a 3 day event with a cut after day 2. It was held on Lake Guntersville (AL). CKA sent more than one dozen anglers to fish the tournament and several represented the club well in a field of 281 anglers. Two anglers made the day 3 cut while a few others missed it only by a few inches. Here are the top 5 CKA finishes in the final event standings:

[ Note: KBF Tournament standings are searchable and archived at https://tourneyx.com/app/category/(kbf)-kayak-bass-fishing/archive?page_num=8