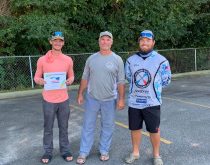 The CKA Tournament of Champions was established in 2016 to provide the club’s top anglers with a chance to fish one final club event each season. Denny Romero won that first event, which was held on the Yadkin River, and since then the tournament has become a prestigious end-of-season battle for prizes and trophies.

The 2021 edition was held on lakes Marion and Moultrie in South Carolina, and was CKA’s first ever out of state event. 14 anglers battled over the course of two days (Sept 25-26) for guaranteed payouts. 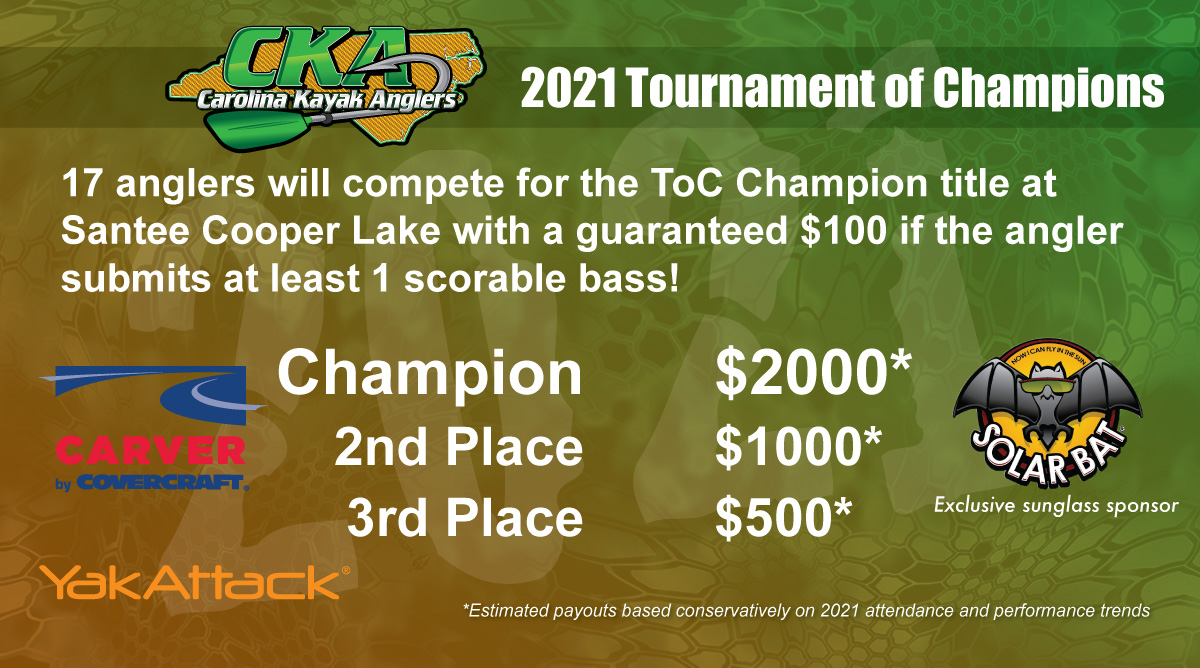 On Day 1, the bite started slow for the entire field, but Rick Morris figured it out and surged to a day 1 lead with a big limit of 5 bass that measured a total of 92″. The defending champion Keith McGee also climbed the leaderboard, posting one of only 3 limits that were caught. 2021 AOY Rick Rowland and posted a 4 fish limit, as did Christopher Decker. But as the day wore on, 2021 Rookie of the Year Jared Stanley made his presence known, and he ended day 1 with a limit of 89.25″.

Day 2 produced a battle at the top of the board. Stanley surged to an early lead, while Rick Morris figured out the bite. Morris climbed the leader board to retake the lead, and the two anglers exchanged fish. It would be close as each searched for upgrades. In the meantime, Christopher Decker put together 4 fish, and made his way into 3rd place.

Stanley would fish with 160.50″ for his two day total, 2.75″ better than Morris, who finished second overall. Decker finished in 3rd.

For a complete history of the Tournament of Champions, click here.