CKA welcomes Anglers to Event #4 on Badin Lake (last visited by us in 2017). It’s the southernmost lake we fish on the Yadkin/Pee-Dee river chain and one of the oldest impounded lakes in North Carolina.

Badin contains 5,350 surface acres of water, 115 miles of shoreline, and an average depth of 90 feet with a maximum depth of 190 feet. This diverse fishery hosts all three major Black Bass species (Largemouth bass, Smallmouth bass, and Spotted Bass) as well as Striped Bass and Walleye.  With its deep structure, rocky islands, grassy shorelines, flats, points and boat docks, there is opportunity for every style of fishing.

This will be a multi-launch event. Any publicly accessible launch is permitted.

Texas2Step is sponsoring the event and will be at the check in with swag and a special presentation to the top anglers! This is Texas2Step‘s second year with CKA and we appreciate their support! Be sure to check our the full line of detailing products including the Ship Shape product that is good for:

W. Scott Kerr was a new lake to the CKA Trail in 2018 and this will be our third visit there, but our first for the infamous spring bite!

W. Scott Kerr is located in the northwest Piedmont, near Wilkesboro. It is one of 4 Piedmont lakes run by the U.S. Army Corps of Engineers (this means additional regulations apply – see event details). There are (7) eligible launches. There is also camping and rental cabins available around the lake. 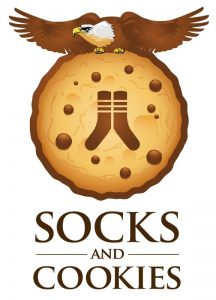 We are taking donations at this event at sign up for Socks & Cookies, a great organization that sends a “piece of home” to deployed military through care packages! Socks & Cookies also puts on tournaments for the charity so be on the look out for those as well!

There is also going to be a raffle for a Carver Covers custom kayak cover that you will want to get in on! $5 per ticket that you can purchase when you sign up, through PayPal by sending $5 per ticket (via friends and family please!) to nckayakanglers@gmail.com with a note that it is for the raffle. You don’t need to be present to win, but it is encouraged! All proceeds to go to the Tournament of Champions!

Congratulations to all the anglers that placed in the top 10 today at the Burlington Brawl presented by Faircloth Chimney Sweeps!

After a brutal season starter at Shearon Harris with Hank Veggian taking the win with a single 20.25” and only 5 other angers able to put up 1 scorable fish each, anglers were looking forward to redemption in Burlington!

After a week of warming up that was long past due for North Carolina the bass were on the move and practice for the anglers was heating up as well. Numerous photos of big fish and reports of good practice day limit totals had this event looking like we were in for a mega brawl! The cold front changed things up however and the bass changed their attitudes, and the guys that made the right adjustments came out on top!

First place and $1288 went to Christopher Decker with 93.25″ with a 20″ kicker! Chris had a slow start realizing the cold front had changed things up and was able to adjust and get the bites he needed to take the lead before the board shut off and it held up for the win!

Big Bass was a 2 way tie with 22″ slobs between Dustin Mathews and Robert Blackwell. Dustin’s second biggest fish at 18.75 was enough to give him the victory taking both the $600 pot and the lead for the 2021 Length Lunker award!

Angler of the Year

The second event has mixed up the Angler of the Year points and we have a new leader! Dontrell Sullivan is the only angler to have cashed a check in both events and has taken the lead from Hank Veggian who had a limit at Burlington but had struggled to find the higher quality bites needed to get further up in the standings.

Our apologies to the anglers that fished out of Graham-Mebane Lake for the morning debacle. Although we had contacted the ramp weeks in advance, and were on the schedule at the lake there was some sort of issue with communication (nice way to put it) with the staff there. Although we spoke to them the previous Saturday and was handed the event sign in sheet and told to call back Friday to ensure they would be able to get us in as early as possible, we seemed to have been treated like an unwanted stepchild. After all the fuss in the office, denial, excuses of “if I had known” from the Assistant Warden who handed us the sign up sheet last week, we were able to get everyone in. I also heard comments of even more poor attitude received from the Assistant Warden who checked you all in.

We assure you CKA did what was required per what we were told the previous week, and hope to make sure this not an issue in the future.

All the other Burlington area ramps were courteous and friendly, and we appreciate their hospitality and willingness to work with CKA to get everyone on the water early and efficiently! Thank you to those kind folks, who some we will work with for the Gate City Classic in September!

Our second event is a multi-lake event on the Burlington area lakes. The largest of those lakes is Mackintosh, a lake familiar to CKA. The other three lakes – Cammack, Stony Creek and Graham-Mebane – are relatively new to the Trail. With the exception of Graham-Mebane all are Burlington City lakes with special restrictions. Please abide by all state and local rules. A few general points:

please bring exact change for launch fees. Lake authorities stressed this point, and it speeds up check in. Your launch fee is not included in the sign up.

If you contact lake authorities and ask them to open early, then any angler who is present at that time can enter, pay and launch.

p.s. We will release the event code to write on the ID card on Friday at 8 pm. It will appear on CKA Facebook, Instagram and Twitter accounts. It will not appear in TourneyX or on the CKA website.