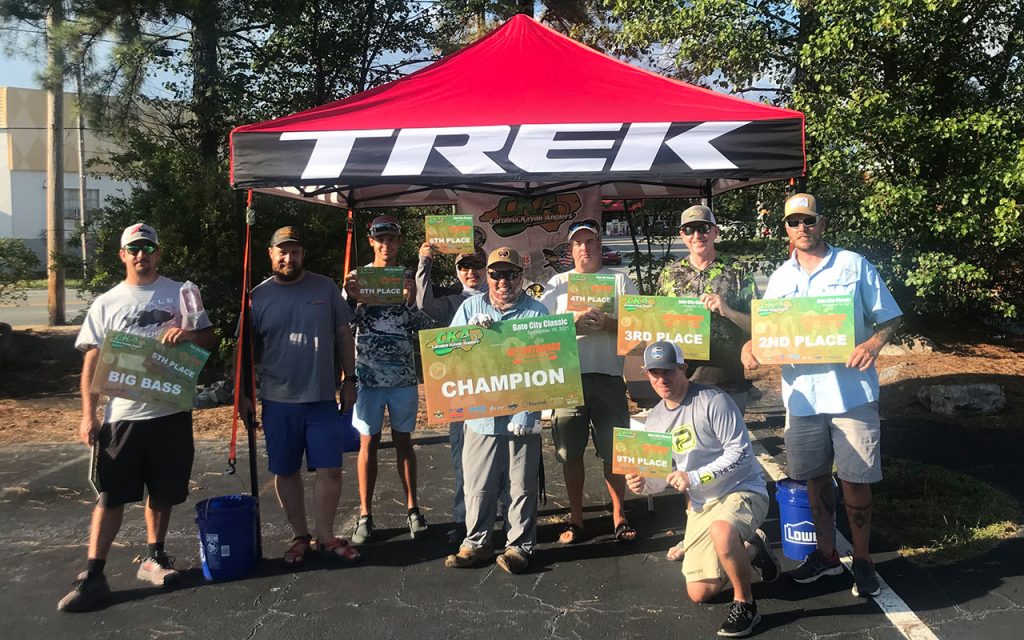 After a long season of travel and points battles across North Carolina the regular season finally came to its traditional finale with the Gate City Classic presented by Get Outdoors Paddlesports! The weather was near perfect throughout the week with cooler temperatures which should have got the bass biting really well which was the case in the lower end of the lake. The main lake area seemed far less active than the previous weekends there however.

The day started with 54 anglers heading out to their choice of lakes in the Greensboro area including Lake Mackintosh, High Point City Lake, Randleman Reservoir, Lake Brandt, Oak Hollow Lake and Lake Townsend. Most of the anglers seemed to but their bets on Mackintosh and Randleman. 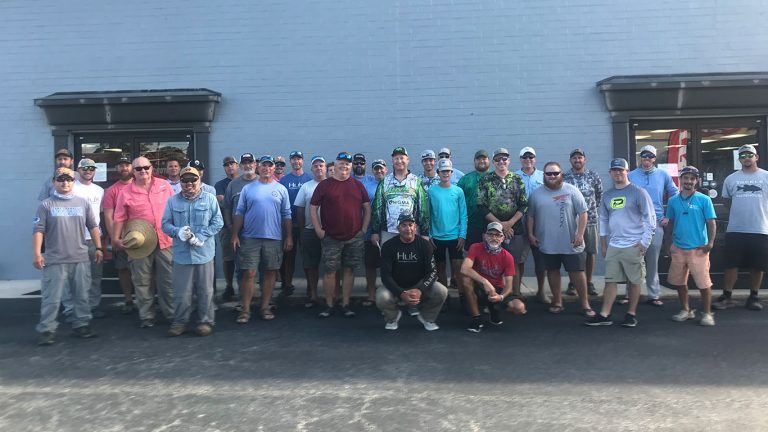 Early lead changes were plenty however Justin Faircloth seemed to hold the lead for most of the morning and until the standings were shut off. The bite at Randleman seemed to have been tough in the morning with the lake only giving up some smaller fish. There were similar reports from High Point City lake where the small bite was on, but the bigger bass seemed to be allusive. The folks on the upper end of Mackintosh seemed to be struggling for any bites, and not the size they were hoping for as well.

Around 1pm after some splashing and commotion Eric Nelson was called over by Bryan Tsiolkas who had just landed a fish about 40 yards away. Turned out the splashing was from a giant 23” 7.6lb toad that Bryan wanted a picture with. After snapping a few photos of the big girl, Eric and Bryan were both able to get their limits in short order fishing in close proximity. The big bass ended up being the 2021 Big Bass sponsored by Faircloth Chimney Sweeps and Wildlife Removal, earning Bryan $500 and a custom Ketch board!

Meanwhile Justin and Matt Hawj were busy upgrading fish, while points leaders were seemingly struggling to make up ground. The points leader going into to the event was Rick Rowland who ended the day in 17th place with only 72”, a big drop from his massive 104” win a month or so previously with CCKF!

At the end of the event anglers were welcomed at Get Outdoors who was gracious enough to block off the main parking for the awards, GO also was nice to provide CKA with some new YakAttack gear prizes to hand out to the anglers!

A CKA OG Mr. Matt Hawj came out to play for the second time this year and took the win with 88.5” after being able to slowly upgrade throughout the day including a 22” toad from Randleman! First place paid out 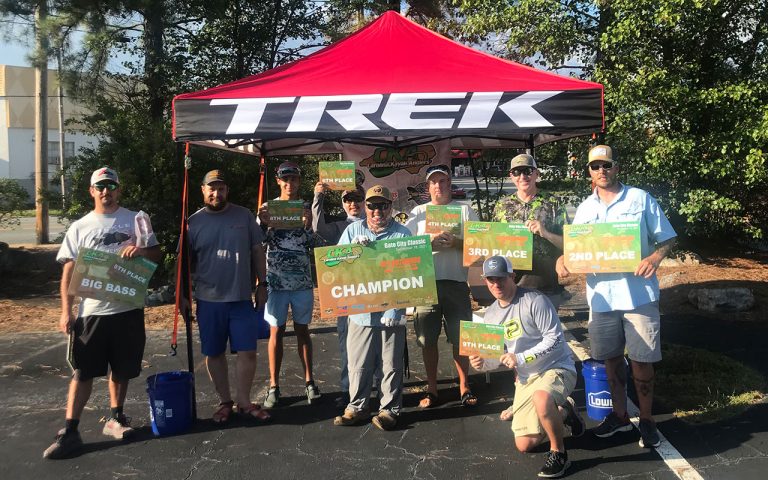 Unfortunately neither Bryan nor Matt Hawj entered the optional Big Bass pot and missed out of $470 which went to Matt Dunn with his 21.75” bass! That fish was tied with Brian Falbe’s 21.75” but Mr. Dunn broke the tie with second big fish that was over 19”.

Second place went to Justin Faircloth who was there all day falling just short of the win with 86.75”. Justin had done what he needed to do in order to contend for Rookie of the Year with a tight race coming down to the final event as well. Following in Third place was the 2020 Tournament of Champions winner Keith McGee with 84.75”. Fourth was none other than Joey Sullivan with 83.5”.