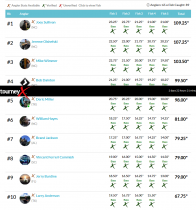 When we asked everyone to step up and catch some bigguns, we were thinking as much in terms of big moral support as well as actual fish. You all crushed the moral support angle, raising $2600 to date through this event and then you went out and crushed some real bigguns. Have a look at the top 3 bags on the Tourneyx Leaderboard – they are impressive, to say the least!

We are happy to see everyone having fun and being safe on the water. Submissions have gone smoothly, too, with only a few minor open mouth deductions and the new Tourneyx app is working smoothly.

Sign up remains open, too, so keep spreading the word. Thank you so much for helping out and supporting the Dunns, and thanks again to the event sponsors – please visit their websites and buy their products! 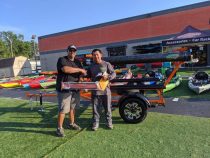 The 2019 Season and Gate City Classic

The CKA 2019 Tournament season came full circle on September 28th when we held our final check in at Get Outdoors Paddlesports in Greensboro, North Carolina. We ended our season where it began with the Burlington Bash, when the seasonal grind began on a cold March day. Over the course of the year Will Seely and the store staff fixed our boats, offered us member discounts and hosted two tournament check-ins. Yesterday he provided the generous gift cards for the Angler of the Year and Rookie of the Year prize packages.

Over the course of the year, more than 450 anglers competed in a total of 8 CKA tournaments. There were combined events (the Yadkin Slam, the Battle on the Border), a team event as well as stand-alone events, we raised over $2,000 for Heroes on the Water and a nearly one dozen sponsor companies supported our anglers. It was a year of surprises (Tuckertown – who knew!) and a year in which 8 different anglers won 1st place at a CKA event, a sure testament to the high quality of competition on our trail.

It all culminated at the Gate City Classic with the resolution of the 2019 Angler of the Year race. In 2018, the Rookie of the Year race went to the wire, with Keith McGee the eventual victor over Graham Reay in a very close finish. The 2019 Angler of the Year race was similar in that not two but three anglers fought to the very last cast. It was ultimately decided by the thinnest of margins as the top 3 were divided from one another by 6 points each. A difference of 3-4 places at any of their top 6 events would have made this a different outcome. In the end, Will Lambert won the AOY prize, and long-time CKA veteran Joey Sullivan finished second.

Additionally, Sammy Wilson won the 2019 Rookie of the Year title and also finished 3rd in the AOY race. All three anglers had a remarkable run, and we congratulate them all. Trophy presentations will be held at our 1st event of 2020, when the previous year’s champions present the trophies to the winners, and a new title race begins!

The Gate City Classic concluded with a special prize this season. Denny Romero built a custom On the Water Innovations kayak trailer as a prize for CKA anglers who fish hard to raise money every season for Heroes on the Water. Qualifying anglers had to fish a minimum of 6 events and Denny’s daughter drew the winning number for the highly anticipated prize. Teng Yang won the trailer even though he nearly missed the drawing because he was asleep on the store couch when the tickets were distributed!

CKA wishes to thank all of the anglers who fished with us this season. We also wish to thank Kayak Bass Fishing for its support of our club.

Most of all, we owe a great debt of gratitude to our sponsors. Please click on the links and buy their great products!

Scott Kerr was a new lake to the CKA Trail in 2018 and we are returning to it by popular demand. We are also adding an optional twist – a random draw team event that will take place on the side!

Kerr Scott is located in the northwest Piedmont, near Wilkesboro. It is one of 4 Piedmont lakes run by the U.S. Army Corps of Engineers (this means additional regulations apply – see website below). There will be (7) eligible launches (listed below). There is also camping and rental cabins, which can be found at this link.

END_OF_DOCUMENT_TOKEN_TO_BE_REPLACED 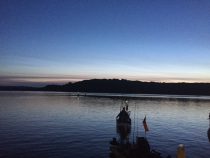 We rarely hold tournaments at Tuckertown, a lake that we took a chance on this year having only fished once there before. The gamble paid off. Storms swept through the area Friday, breaking a long heat wave. Low humidity, cool air temperatures and cool water temperatures greeted the 60 anglers showed up to a perfect morning with a strong bite. How strong was it?

The lake’s fish cooperated, to say the least.

Additionally, about a half dozen new anglers entered to compete, we gave away new $200 Torqeedo gift certificates and six anglers potentially qualified for the KBF National Championship, pending confirmation. Most importantly, Sammy Wilson took 1st place, qualifying him for the Tournament of Champions!

The money spots are below: 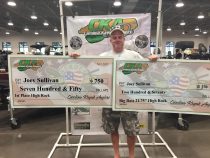 Hi everyone, we updated the photo gallery with pics from the Jordan and High Rock events. We posted some action shots and some of the check photos are there, too, but we didn’t get them all because some of the winners held them crooked (that’s on us for not taking good pictures). Nonetheless, download pics, share them and tag our sponsors! Here is the gallery link: https://www.carolinakayakanglers.com/?page_id=3890